I’ll be completely honest, I’m willing to purchase almost anything based on a product suggestion in a video from my favorite YouTube personality, Casey Neistat. That may be surprising; however, I’m not the only one willing to do such a thing. According to Adweek, a recent study revealed that, “Around 40% of respondents said they’ve purchased an item online after seeing it used by an influencer on Instagram, Twitter, Vine or YouTube.”

Influencers like Casey Neistat are personalities and thought leaders in a specific industry who have garnered a large following. Influencer marketing uses influencers to promote brands, products, and messages to their audience.

Influencers are nothing new to the advertising world. For example, in the late 1800’s we saw the fictional personality, Aunt Jemima used as an influencer to sell pancake mix, syrup and breakfast foods. In addition, we have seen celebrities promote products, for example, when Babe Ruth promoted chewing tobacco. Celebrities and fictional personalities are successful product influencers in marketing and advertising; however, social media-based influencers are shaking up the game by using authenticity and storytelling to connect on a deeper level with their audience.

Casey Neistat uses his authenticity and storytelling to connect with his audience by sharing his inspirational stories of how he became a successful filmmaker through non-traditional means. Neistat inspires others to “just do it” and go beyond their comfort zones to pursue their dreams.

With this “just do it” attitude in mind, Nike approached Neistat to create a commercial for their FuelBand fitness tracker with the slogan “Life is a Sport. Make it Count.” Neistat, his editor Max Joseph, and Nike agreed on the idea of asking others what “Make it Count” meant to them. However, Neistat asked himself that very question and instead of sticking to their original idea, he and Joseph spent the entire budget on a travel video — literally taking Nike’s “just do it” philosophy to heart. You can watch the commercial below:

Today, the commercial holds a 26 million view count with over 10,000 comments on YouTube. Mashable even thinks the commercial may be one of the best branded stories ever told.

Neistat’s Nike commercial is one of the greatest success stories of how a brand can use a social media influencer to help create or boost a marketing campaign through authenticity and storytelling. Not every social media influencer is going to connect with your brand’s philosophy or provide such a successful outcome, however, finding an influencer who does resonate with your brand will provide that authentic voice and story that your audience will connect with. 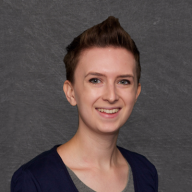