Aging is something we have zero control over. Each day that passes by, we are that much closer to another birthday. And while this time passes, as children we are expected to go through stages and maturity until we become adults. The different experiences we encounter in our lifetime shape who we are, how we think, etc. But there are a few things we all learn as children that we should revisit in our adult lives. I’ve included three childhood lessons that are just as important for adults as they are for children:

The Golden Rule: Treat others how you want to be treated

This was more than likely plastered across the front of your classroom from kindergarten until 4th grade. The reason being? Its importance. Treating others how you want to be treated should apply to your adult life as well and to whomever you work with and encounter. We’ve all heard the stories of managers who de-value team members who are just starting out or may not have had the same experiences just yet. Everyone has to start somewhere and there’s no purpose in belittling another employee. Just like when you were a part of a soccer team as a child, your new team is now made up of your co-workers. So pass the ball when necessary, and play nicely.

No question is a “dumb” question

This is true. Even as an adult, you’ll have what you may consider dumb questions. And although you might think you should know everything by now – you don’t. Many adults would rather save their pride than to ask a question that may seem “silly” to others (including myself at times). And what I’ve learned in my few years as an adult is that other people in the room probably have the same “silly” question and are relieved you took the initiative to ask. Sound familiar? So speak up, and ask. Don’t toss your questions to the side. You’ll only wish you would have asked later.

If you don’t have something nice to say, don’t say it at all

Believe it or not, this also applies to adults. I know when I was growing up I assumed gossiping ended once you became an adult. The sad thing is, people will always talk about one another. It just isn’t out in the open. Before you start talking about someone for showing up late each day or misspelling a word in an email, think about its importance and if it really even matters. Human error is a real thing and we all have been there. It’s best to refrain from being the keeper of all office secrets, and to focus on what you can control – yourself. 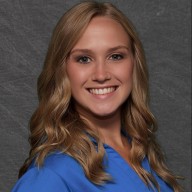 Samantha Dunifon is a guest blogger for Proforma with a background in operations and event/meeting planning. Originally from Lima, OH Samantha moved to Cleveland in March of 2016. She is a graduate of Bowling Green State University, and enjoys spending time with her family and friends, playing volleyball, and finding good food and fun in Cleveland.