There’s an age-old saying which I’m certain everyone has heard before at least once in their life: “There is no ‘I’ in ‘Team.”’ It’s a message meant to convey the simple truth that no one person can carry a group by themselves. The purpose is to dissuade any notion of selfishness and instead promote interactive cooperation. Like most old proverbs though, it can go both ways. Because sometimes, it really can feel like it’s all up to you, as if you hold the weight of the group on your shoulders, under pressure to carry everyone to the end goal. Not because you don’t want to cooperate, not because of selfish idealism, but because of the nagging feeling of: “If I don’t, no one else will.”

It’s a noble fault, true enough, but a fault all the same. Cooperation is key to the success of any team; that kind of interactive spirit is what makes the difference between a team and an individual in the first place.

Through our lives, each of us will play a critical role in a number of teams and groups that will shape our lives. From early childhood we’re instilled with this idea, being put into classroom groups, joining little-league sports, taking up involvement in extracurricular groups and programs all the way through college and beyond. Even in the workplace, we find ourselves placed into specific departments based on skills, job titles, and common goals. And, too often, this is seen as a method of keeping people separated, divided, instead of encouraging the sort of interpersonal communication that is intended.

The feeling of isolation is great if the goal is for people to overburden themselves, taking on myriad of tasks and responsibilities that no one should have to bear on their own – it’s unproductive, inefficient, and worst of all just plain unhealthy. Personally, I can’t imagine what my time at the office would be like if it weren’t for all of the dependable and helpful people standing right alongside me every day. I wouldn’t be able to accomplish nearly as much as I do were it not for their support, and I can only hope that they would say the same.

So often we take this all for granted and forget something very simple – that there is a whole team who has your back. That’s why we forge these groups of friends and coworkers in the first place, to better divide and conquer. All it takes is something as simple as asking for a helping hand. 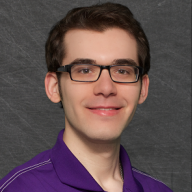 Perry Quayle joined Proforma early on in 2015. A graduate of Miami University with a degree in Communications, Perry is thrilled to be a part of the Proforma family, bringing his writing skills and creative talents to the table for Owners. Working with the Major Accounts Team, Perry assists Owners with growing their business and developing relationships with large clients across North America and globally. Perry serves as the Major Accounts Team’s first point of contact when new opportunities arise, crafting professional business proposals, informational overviews, and providing an advisor’s insight on potential client partnerships.