What exactly is Scope Creep and Why’s It so Bad?!
Scope creep (also called requirement creep and feature creep) in project management refers to uncontrolled changes or continuous growth in a project’s scope. This can occur when the scope of a project is not properly defined, documented, or controlled. And yes, it can be a very bad thing in terms of delivering a project on time and on budget.

There are many reasons why scope creep can happen, although, usually unintentional, it’s a serious issue plaguing many projects today. For the context of this blog, the focus is on scope creep in multimedia or digital media projects. Due to the complex nature of many digital media projects, this can be one of the most challenging issues for an account or project manager.

However, with a little bit of know-how and some suggestions on how to cut scope creep off at the pass, you can eliminate your project going off the tracks.

Define the project objective
Sounds easy, right? Well, when I say define the project objective, I mean make sure this is tied to an overarching business goal that has a measurable result. Once you and your client have CLEARLY defined the end game, then set out to build a detailed Scope of Work document. The SOW document will be a very detailed set of features and functionality that will be the road map for all project contributors leading to your project launch.

There simply cannot be enough emphasis on this critical phase of a project. Clearly stating the desired features and wish list items during this exercise can save a lot of time, effort and money down the road.

During this phase of the project its best if the client’s expectations are stated, as this can be a driving factor of scope creep if their expectations are not properly noted and managed from the outset of a project.

Communicate, communicate, communicate… And get it in writing
Keeping a lid on scope creep starts with solid communication between all of the parties involved in the development of a project. Regularly scheduled project updates are a necessity in making sure a project is staying on time, on budget and will meet the defined objectives.

It’s imperative that during any phase of a project that deviation from the Scope of Work is clearly stated, documented in writing and agreed to by all parties. If the client feels that there is a feature that has not been documented in the SOW and is necessary to meet their business objective, get it in writing. Then negotiate how this new feature will impact the timeline, cost and resources dedicated to the project. It’s absolutely necessary to have all parties sign off in writing to any added features before moving forward.

Know when and how to say no
As an account or project manager, it’s ok to say no for now, because a big part of managing any project is also managing expectations.

Saying no doesn’t mean forever, in fact, in can be a great way to segway into an additional phase of the project. Being able to plan a staged or phased approach to a project is the best way to manage expectations, cost and achieve real, measurable results. The absolute worse strategy is to over promise and under deliver on a project. That’s only going to result in an unhappy client and, in many cases, over worked resources and inflated costs on both sides.

Build it right and they’ll come back. 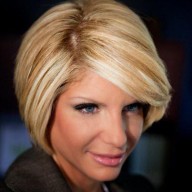 Michele Cardello joined Proforma in April of 2014. Prior to joining Proforma, Michele spent 17 years in the Professional Photography industry as a senior executive specializing in Marketing & Sales. Michele is excited to begin a new journey as Proforma’s Director of Strategic Partner Development, which is great, because she loves to travel, explore new surroundings and read (lots of time to read when traveling!)